The Ultimatest leaderboards are on their way!

We hope you had a good holiday, and that first month of 2018 was as happy as you expected!

Here is what awaits you for the next update: the long-awaited arrival of the Leaderboards!


As you may have guessed, ladders will allow you to know where you stand among UB's most experienced Nubs.
Different rankings and sub-rankings that you will be able to consult:

-Seasonal Ranking: With this ladder, you will allow you to be in direct competition with all the other current players. You will be able to see the 100 players with the most XP since the beginning of the season, as well as your place in the leaderboard.
Each season will last 3 months, at the end of a season rewards will be awarded according to your rank.

-General Ranking: This ladder allows you to see the top 100 Nubs with the most amount of XP.


-General Ranking: Allows you to know the players who have accumulated the most victims on only one of their CK weapons.

-Total CK Ranking: This ladder allows you to consult the list of the 50 players who have accumulated the most victims on all their CK weapons.

-Weapon Ranking: You can also check the list of the 50 players who made the most kills with a particular weapon. Note that the alternative appearances of the weapons appear in this same classification.

-XP Ranking: Highlight the 25 Guilds with the most experience points.

-Quest Ranking: Allows you to know the 25 Guilds that completed the most common quests. SpeedArt made by Aranelle, just for this occasion :)

A seasonal ranking with gifts! How to make sure you get the rewards?

Seasonal ladder will be systematically spread over a period of 3 months, during which the experience you accumulate will be counted.

When a season comes to an end, rewards will be awarded to the 100 Nubs with the most experience, as well as a consolation prize for players who got beyond the symbolic stage of 100,000 XP.

A new quality "Season Reward" will appear at the end of the first season, which will allow you to spot items from a specific season.

All rewards will be communicated to you from the beginning of the season, we hope it will satisfy and motivate you to give the best of yourselves!

After waiting a month, here’s the top of our Christmas fan-art contest.

As usual, it was hard for us to decide between all your Ultimatest creations. The participants that didn’t make it to the top will still receive a tissue in « Reward » quality. A full sleigh, with all the nubs on board. An ice hammer for the viking, a skin suggestion that goes with the contest’s topic. A comic full of joy and sharing to celebrate the holidays. :p

Congratulations to them, they win a bronze medal and a Christmas accessory in "reward" quality! As usual, nu4ge make us enjoy again her modelmaker’s talent.

Congratulations to them, they are awarded a silver medal, an accessory and a 2017 Christmas hat in "reward" quality!


And finally, in 1st position: We end this with a cute christmas story (in French), with the most soothing voice :p

Ultimatest GG to them, they won a gold medal, in addition to 3 Christmas items in "reward" quality! 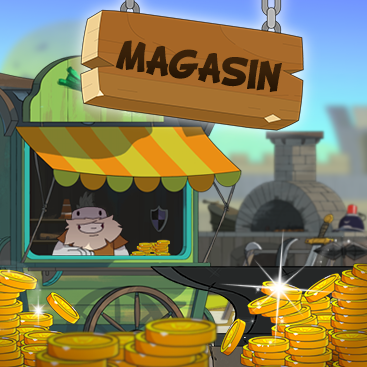